We're on the countdown to Christmas! Are you ready? I'm using every spare moment to finish the last of my homemade gifts. We had a family member fall and break his hip this week so our focus shifted.. as well it should!  I continue to set perfectionism (pride?) aside as I look at my dusty furniture and smudgy floors. I'm keeping up with the meals, dishes and laundry. The rest will wait for me. *smile*

Oftentimes at this time of year we forget who is the true giver of gifts! Yes, our husbands work to bring home a paycheck. But, do we thank God for providing the health needed to earn that money? Or who blesses the company they work for so there is money to pay their salary? I stopped today and thanked God that even though my husband is disabled and is no longer able to work -- still the Lord has provided gifts through the many years he tirelessly worked for his family. God  is my provider.


I'm still doing my normal frugal duties but there is just not enough time to add any extras to share with you this week.  I decided to share a story I wrote several years ago on my neglected Xanga blog. I hope this story encourages you as much as it encouraged me!

I was sharing this story with my girls today.

I really wanted to purchase a few pairs of socks this summer to wear with my tennis shoes. I had two pairs that didn’t make it to wash day so I’d end up wearing my thick socks which were hot.  No big deal!  I  was tempted many times to pick up a package but kept putting it off thinking that I’d just make do with what I had. And I did.

I shared this ‘want’ with no one.

A few weeks ago my sister handed me a bag. As I opened the bag I was overwhelmed. Can you guess what I found?  You guessed it!   A bag full of socks! Not just a few but probably close to 20 pairs. All colors and kinds. My dresser drawer is now crammed packed with socks!

My heart was overwhelmed.. again.. with the knowledge of God’s tender care for me!  “Thank you, Lord, for noticing even my smallest ‘wants’!” 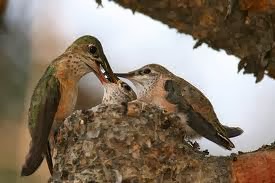 Immediately I was reminded of a story I read several years ago called, Evidence Not Seen. It was the story of Darlene Diebler Rose who was a missionary to Papua New Guinea. She was taken captive during World War 11 by the Japenese.

Darlene was in solitary confinement at one point of her captivity. She was only fed white rice oftentimes with rocks in it. She was malnourished and her body was suffering from dysentery and malaria. One day she wished for some fresh air so she managed to pull herself up to the top of the cell where there was a small opening. As she looked outside she saw a prisoner sneak over to the fence where someone handed her a bunch of bananas. Darlene’s mouth began to water. Oh, how she wished for just one banana. Just one! As she lowered herself down from the window she knelt down and prayed for just one banana. Just one, Lord! Just one! She started imaging how the Lord would answer this prayer but since the guards were the only one’s allowed to open her cell door she soon concluded that her chances for just one banana were slim.

Within a short period of time the door opened and there stood a commander from another prison camp where she had stayed. Plans were being made for her execution. He asked her what message she would want to send back to the prisoners at camp who were asking about her.

She told him to tell them that she was alright because she was still trusting in Jesus.

Tears came to the commander’s eyes. He then turned to the two guards and began speaking to them in a low voice. She was sure that he was telling them the salvation story which she had shared with him after she was informed of her husband’s death.

Soon they left.  Darlene suddenly realized that she had forgotten to bow to the guards. Oh, she was so frightened! Why hadn’t she remembered? Why hadn’t the Lord reminded her?  She would surely now be beaten again! She couldn’t bare another beating. Suddenly, she heard footsteps and braced herself. The door opened and a guard entered. And guess what he brought with him? Not ONE but 92 bananas! 92!!

Many of us are experiencing leaner times than we’re used to (we’re still so abundantly blessed) but we continue to serve a God who is able to do exceedingly and abundantly beyond what we ask or even IMAGINE!

Ephesians 3:20 “Now unto Him who is able to do exceedingly abundantly above all that we can ask or think, according to the power that works in us..”

I've made and continue to make such lovely acquaintances and friends through this blog. Thank you for your friendship. I look forward to reading what you are doing in your home each week as I know others have said they do, too! If you have time we'd love to hear how God is providing for you this Christmas!
Posted by A Woman that Fears the Lord at 8:24 AM