The Weight of Debt!

The home we moved in to last year was built in 1917 and was in pretty bad shape. It needed a lot of initial work. There have been a lot of small projects since then, too.  I started a bad habit using my credit card to fund these small projects with the goal of paying off the balance once I got paid. Somehow it snowballed and I ended up with a $250 credit card bill. We have been debt free for nearly 5 years (except our mortgage) and even though the unpaid balance was small it still hung heavy over my head. I used every extra penny so I could pay it off. My commitment to staying debt free has been renewed... as long as it is within my power. 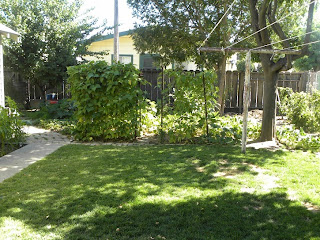 The rich rules over the poor, and the borrower becomes the lender’s slave.  Proverbs 22:7 NASB

***
Here is how I saved money in my home this week:

1. A friend called and offered free peaches from her tree. I dropped all my plans for the day and went to pick 2 small buckets. Free food rarely comes at a convenient moment. I'm learning to take advantage of it when the opportunity arises.  I've missed out on free food in the past because I didn't flex and give up my schedule.  I froze some of the peaches for smoothies and some will be used in low carb pies. What a huge blessing. I went back a few days later and picked a half a bucket of blackberries and another bag of peaches. 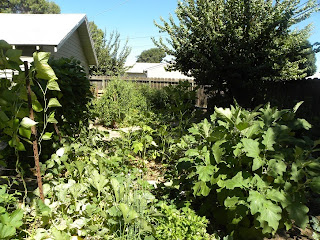 2.  I've been saving egg shells to make another batch of liquid fertilizer. I put them in a bucket with a lid in the backyard until I had enough. A few days ago I made 1 batch to pour on our tomatoes. I need to make another batch this weekend. I boiled a gallon of water and pour it over 20 egg shells and then steeped it for 8 hours. I removed the egg shells before I poured the water on the tomatoes.

4.  I have a lot of spaghetti squash in the garden and LOTS of tomatoes. I made 2 batches of spicy tomato sauce which is like a marinara sauce and froze it. I used the tomato sauce to make a spaghetti sauce and poured it over the spaghetti squash. My eggplants are ripe so I used a large one to make Eggplant Parmesan. I used the leftover spicy tomato sauce which is like a Marinara sauce. I picked fresh basil from my herb garden to layer in between.  I wasn't sure if my husband would like it but he loved it. I have enough for one more meal.

5. I ran out of homemade stain remover so I made a new batch. I've been using it for a year and a half and I've had no problems with it bleaching the clothes and it does a good job of getting out new stains. I previously put it in a spray bottle but the end of the sprayer became clogged. So, this time I put the mixture in a quart jar with a lid. I'll use a spoon to dip it out. Here is the recipe:

Mix together and put in spray bottle or bottle. 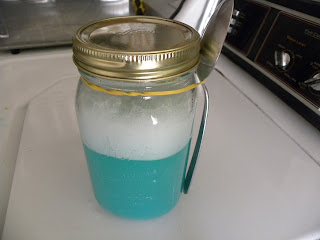 6. I used the heels of the bread loaf to make bread crumbs. I toasted the bread and then put it in a blender until it was the same consistency as store bought bread crumbs.

7.  I used the leftover low carb pie crust to make a few sugar free tarts. I had some leftover coconut cream milk so I made low carb ice cream with peaches and blackberries a few days later.

8. I pressure canned 5 pint jars of green beans from our garden.

9. Fridays are my 'outside day'. I wash the truck and mow the lawn and do some yard work. I have found that if I assign big tasks to certain days then there is less chance of avoiding the task. Because if I avoid the task then I am tempted to run the truck through the car wash. 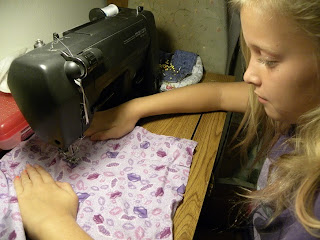 10.  I bought my granddaughter her first sewing book and have wanted to teach her to sew. She spent the night last week so I thought it was the perfect opportunity. But, I had given away all my material because I just didn't have room for it. Well, the neatest thing happened. A family member had just given me 2 bags of material a few days ahead. I'm not sure why I kept the material.. especially since I had just gotten rid of a ton of material. But, I did. My granddaughter looked through the material and found a piece of material and some felt she liked.  God had provided every single item we needed for the project. The only thing I didn't have was the stuffing. I prayed and prayed for God to show me what I had in my hand that I could use. I ended up cutting the end of my down pillow and pulled the stuffing from it.   He proves Himself to be my provider .. time and time again. Jehovah Jireh.


So what have you girls been doing the past week in your home?