One year ago today...

One year anniversaries can mark many things. Often, they are reminders of happy events.. a birthday, an anniversary, a year free of cancer. Today is the one year anniversary of the death of our youngest son. I cannot say that it marks a happy event. For our family it marks a day that is filled with the memories of some very dark times marked by many tears and deep sorrow.

It’s taken me a year to be able to write the words that follow… our youngest son committed suicide.  Even after one year of the Lord gently working me through the grief from his actions I still experience a horrific pain when I face the decision he made to end his life.

But, today on the one year anniversary of his death, I do not want to focus on the darkness of this past year. I want to share with you the constant thread  that so evidently  wove it’s way through the ups and the downs of this past year. The evidence of the Lord’s presence with us through the ministry of family and friends and the comfort and power of His Word were our saving grace.

In some ways this past year reminds me of the story of  Shadrach, Meshach and Abednego who were thrown into the fiery furnace. Their faith in God did not rescue them from experiencing all that the trial produced.  But, as they were thrown into that furnace the Lord made His presence known to them. He was in the furnace with them. That is the overall banner of this past year. God has been with us!

When you pass through the waters, I will be with you; and through the rivers, they shall not overwhelm you; when you walk through fire you shall not be burned, and the flame shall not consume you. For I am the Lord your God, the Holy One of Israel, your Savior. Isaiah 42:2-3 (ESV) 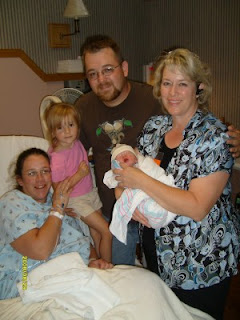 I’m not sure I can even adequately share with you all that God has done over this past year.  I believe the greatest measure of His presence has been through His Word. His Word has been a light that has shone bright through the darkest valley and when I have looked to Him for direction… He has directed me safely to the next step. I have fallen many times but that has only been when I have taken my eyes off His Word and listened to the lies of the enemy.

The  first night after we had arrived in Texas (where my son lived) I began to plummet emotionally. We had been busy throughout the day with many details but after loved ones had gone to their rooms for the night then I was bombarded with many dark thoughts.  No one knew what was going on inside my head… not even my husband. But, the enemy of my soul was throwing his fiery darts of accusations and instead of taking up the shield of faith (as I had known to do in times past) I accepted each hit. Suddenly the phone rang (as it had all day). I had not been taking any of the calls. I just couldn’t talk to anyone. But, at that exact moment the Lord gave me grace and I picked up the phone and the Lord ministered to me through the words of a dear friend on the other end of the line. She had lost a relative through suicide and was able to encourage me through those first dark moments. After our phone conversation ended I picked up the Gideon bible found in the hotel drawer and started reading. The Lord brought to mind a scripture I had not thought of in literally years. His Word instantly filled my heart with peace and that scripture became a very important weapon in my fight against the guilt that would hound my  soul over the coming months.

The  Lord would continue to minister His Word to each struggle I would face in the coming days.  Some were given in my quiet time with Him. Others came through a few close friends who patiently ministered to me through those dark days. His Word, when obeyed, became the light that continued to help keep me on His path of peace.  When I deterred and stopped obeying His Word then that is where I entered those dark places of torment.

Secondly, the Lord  made Himself known as our Provider. I started following Christ when I was 17 years old but I had never experienced such an outpouring of generosity as we did in the days following our son’s death.. not only for ourselves but the entire family.

Most of you may know that my husband became disabled a few years ago and as a result we are living on a very tight budget.  The morning that we received the phone call that our son was dead we immediately called our daughter in love. There was no hesitation in our hearts … we knew we had to travel to Texas immediately regardless of what it cost . We were able to find a plane leaving within 4 hours and so we booked the flight.  We had not even left town when a close friend showed up and handed us money for our trip. Within hours we received a phone call and were told that a family member was sending money to help with expenses. Then we received word that another one was sending money. A dear friend and her husband paid for our hotel room on our trip bringing our daughter in love and grandchildren back to California.  By the time we arrived home our entire trip had been paid for. Oh my! I can’t tell you how much this ministered to us. God did not keep us from the deep painful grief of those beginning hours and the days that followed but He ministered to us through the outpouring love and generosity of others. He was making Himself known as our Provider.

After we had made it through the funeral and had arrived home we started opening cards that were handed to us at the services. We found love offerings in nearly every card. We were speechless. We just couldn’t believe it. Our hearts were overwhelmed. There was enough money to not only pay the pastor for his services but enough money to start saving for his cremation plot. My mother’s heart wanted his ashes placed somewhere permanent as a remembrance. I knew it would probably take a few years to save for the cremation niche but my husband and I agreed that it was important and committed to saving for as long as it took.

The day that his ashes arrived at my front door was another dark time of sorrow. The grief hit like a tsunami wave when I took the heavy box from the UPS carrier. I didn’t even let my husband know it had come yet. I was trying to gain the courage to tell him when I heard the mailman drop the mail in the garage slot. As I began opening the mail I couldn’t believe what I found in one of the envelopes. There was an extremely large check that covered the rest of the burial plot. Only a sovereign God could orchestrate such a huge blessing to arrive on such a sad day, for we had told no one the desire of our hearts. We immediately called our daughter in love - our son's widow- and all of us were able to drive to the cemetery and make plans for his burial. Our son’s ashes would have a resting place and we experienced the comfort of knowing a tender God had again provided for not only for our needs but our desires.

I never again want to go through what we experienced this past year but I can tell you that I have come to know God in a more intimate way through it.  He has been my comfort. His Word has been my guide. His presence has been my peace. I can not imagine.. I mean this in full sincerity… how I would have lived through this past year if I had not known Him as my Savior.

Thank you.. from the bottom of my heart.. to all that prayed for our family.. to all that gave so generously of your hard earned money… to all who reached out to my children in the weeks that followed and brought them meals… to those who stayed behind and helped my daughter’s family get a room ready in her home for my daughter in love and grandchildren... to my other children and their spouses who gave of themselves in so many ways..to all who helped provide money and clothing for my daughter in love when she arrived (that is another story all in itself!). The list goes on and on. You will never know how you ministered to my entire family.

To those I have never met personally but have known you as an online internet friend and who prayed and sent money… thank you so much for reaching out to someone you have never met. Thank you to all those at Victory Life Center who allowed us to have our funeral at the church where our son grew up and who gave of your day to provide food and organize all that went into the planning and to a dear friend who made a beautiful picture memorial of our son. The list goes on and on and I fear that those I have not mentioned will not know how much each gesture, small and large, meant to us.  Each of my family members repeatedly said during those following months that WE were learning how to minister to others in their time of need by the way that others had comforted us.

Blessed be the God and Father of our Lord Jesus Christ, the Father of mercies and God of all comfort, who comforts us in all our affliction, so that we may be able to comfort those who are in any affliction, with the comfort with which we ourselves are comforted by God. 2 Corinthians 1:3-4

May God bless each one of you!

Posted by A Woman that Fears the Lord at 8:15 AM